This week’s news has offered us drama and tragedy aplenty; political maneuvering North and South of Hadrian’s Wall and the sad story of a brutal and fatal gun attack on a British family in France to cite just two examples.

Not overlooking the latter, there have thankfully also been highlights. The enthralling and edge-of-the-seat events that I watched at the Paralympics last night, with David Weir and Jonnie Peacock certainly helping me get my energy levels to full throttle.

I’m also hoping for another boost this weekend with a win for Scotland against Serbia in a World Cup 2014 Qualifier. And I’m ready… 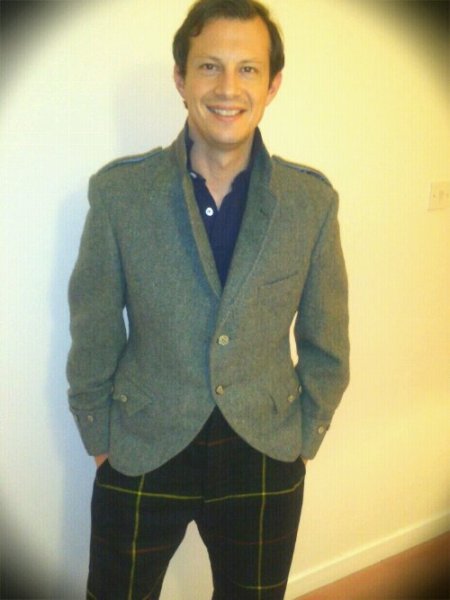 With the tartan trews, tweed jacket and lucky boxers all packed, there can be little other result than a home win. Right? Right.

You make your own luck in this game

As a good friend pointed out to me on Facebook last night, my not too dissimilar preparations didn’t have quite the desired effect in the 2000, ’02, ’04, ’06, ’08 and 2010 campaigns. I must’ve forgotten the lucky white heather…

But there is a serious point here: I think in life including at work, while things don’t always go your way and at times feel like they are actually conspiring against you, having a tenacious, positive mental attitude – as well as being able to listen and learn, will help you through the bad times and encourage opportunity to find you in the good ones.

Sometimes there is no quick fix and we can endure a whole world of mental or physical pain before that light at the end of the tunnel is reached. What is important throughout however is positive mental attitude – as well as a plan, a coping strategy, and being able to take a step back at the right time to reassess and understand developments as they unfold.

Nowhere has positive mental attitude been more apparent than at London 2012 Olympic and Paralympic Games. It’s been riveting, inspiring, awesome.

And I’m even more excited at the prospect of the Proclaimer’s lyrics running through my head tomorrow at 4.45pm: “We’re on our way, from misery to happiness today, uh-huh uh-huh, uh-huh uh-huh…”

So for me it’s never a question of will we win, but rather, by how many. Strap your seatbelts in though people, with Scotland it’s always a bumpy flight. At least I can see light at the end of the tunnel, where we’re going and how.