If Scotland don’t win tonight against Wales, no easy task, then this is about the size of crowd Scotland will have for their next home game. Ok, maybe not quite as many. 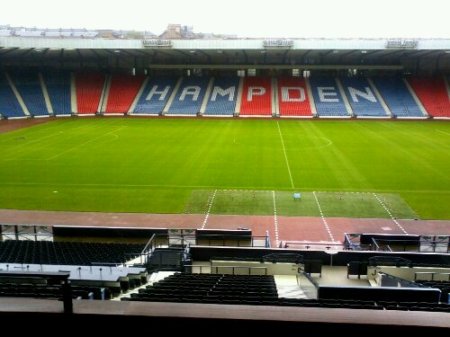 So that’s slightly facetious, but it’s not a million miles away from the truth.

The solution? Fletcher must start, with another striker upfront alongside him. Probably not Kenny Miller, based purely on his form in the last two internationals.

I’d like to be proved wrong, but suspect there’s more chance of John Terry admitting he is racist than there is of Levein relenting.

There is still hope though: a lot can happen in 90 minutes and without pressure of the home crowd the world (cup) is our lobster.

Don’t be fooled by the hype either: Steven Fletcher isn’t our golden ticket. There is also much learning and reflection that Levein himself can take from the tactics he has deployed throughout his tenure.

Yet the story so far could’ve been so so different if our national team manager and one of our country’s most prolific goal scoring exports in recent years had made their peace in the Summer instead of just days ago.

Why does sorry seem to be the hardest word?

3 thoughts on “Sorry seems to be the hardest word”