The LADBible. One of the most visited websites in the UK, yet perhaps unless you’re the target audience one that many overlook or avoid. Until, that is, this week…

The LADBible covered a story of three blokes from the English three counties living it up in Ayia Napa who, after a night’s partying, mistakenly boarded the wrong boat for a day-trip. Instead of a local cruise, the boat would take them across the Med to Syria which was understandably widely picked up by news outlets. What started on snapchat, then moved to Facebook, was then shared extensively, and met with complete incredulity.

That’s because it very quickly turned out the men fabricated the whole thing. But by this time everyone was hooked. And why not… what a story it would have been. 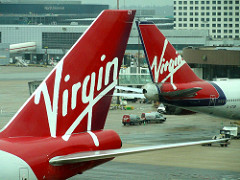 What this really shows for me is, not how gullible we are or how desperate mainstream media are for news, but how much we all love a story.

From an early age, stories are what excite us, move us, at the end of the day put us to sleep and then fuel our dreams.

That’s what struck me when I read Richard Branson’s Plane Tales. A page on his website that he’d shared on LinkedIn featured Eva Liparova, who’d flown Virgin, collecting and sharing passenger stories mid-flight. Through passing round a notepad, passengers posed the next person a question while penning a response to the last one written. With seat numbers listed but no names, Eva’s now on a mission to reunite prose with people. A real life crossword but with few clues and only social media (and now Richard Branson) to help fill the gaps.

Cruising on creative currents of flair from the start, I find it fascinating. It’s got Holywood romance written all over it. PR gold for Virgin… Maybe it will offer Eva more adventure still. And for 33 others, a chance to put a name to a (seat) number.

It just goes to show that while Virgin fly round the world, it’s stories that make the world go round.

See you in the future
Kenny