While Ian Cathro’s revolution at Hearts is over, it’s the fans who lost their nerve.

So says Jim Jefferies and it’s hard to disagree. The first sign of trouble, they wilted and the Board followed. Who says fans don’t have a voice.

I suppose it’s understandable given how the last 25 years (promotion and the Scottish Cup 2012 triumph aside) have been for the Jambos – most especially in the period since George Burley left in 2012 under controversial circumstances after just 12 games.

Get what you always got

Still, with a fresh and a positive outlook, bringing in one of Scotland’s brightest and most innovative talents seemed a bold move and refreshing change for the Scottish game. But if the Board don’t have the guts or aren’t brave enough to see that plan through then there’s only going to be one scapegoat. Though by all accounts, the fans have two, Levein being second if not first on that list.

Cathro’s record of wins at the club was certainly suspect but was it really enough to get sacked? Well that depends. It was definitely among the worst in 25 years, similar to that of Sandy Clark (1993-94), John McGlynn (2012-13), and Gary Locke (2013-14). Though Locke and Clarke were at least afforded half a season longer. 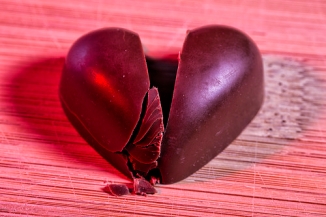 And the type of thinking Cathro has – especially around developing young players, which could’ve been a lifeline for the club in five or ten years’ time – is not going to come to fruition quickly. But wounds are raw round Gorgie way and the trauma of a fair few turbulent years, combined with a resurgent Hibs gaining promotion and bursting their Scottish Cup hoodoo, has transformed pain into impatience.

A warning from history

You think winning games is everything. Actually, for Hearts right now it’s about not losing games. And Cathro’s loss percentage was significant in his downfall – there’s no Hearts manager with a worse record of losses in 25 years.

No one can rival the 1 in 2 games that Cathro lost. Peter Houston’s one-game-one-loss in late 2000 doesn’t count.

In fact, there’s only two managers in the history of the club with a worse losing record, both in the Jambo’s dark days of the early ’80s. Bobby Moncur lost 64 per cent of all 42 games in 1980-81 – the season Hearts finished bottom and were relegated from the Scottish Premier Division. They ended the season winning just 17 per cent and losing 67 per cent of league games. Tony Ford fared marginally but not much better in his short tenure during the first six months of the following season – a season ending with the club one point adrift of promotion.

Interestingly, of the clubs who have found themselves at the foot of Scotland’s top division at the end of the season over the last 25 years, just two lost a similar percentage of games as Hearts did under Cathro (Falkirk 2009-10; and Inverness Caley 2016-17) – most fared far worse. And in both cases their percentage win rate was attrocious (16 and 18 per cent win rate respectively, compared to Cathro’s 27 per cent).

Statistically speaking, if nothing improved, it’s unlikely Hearts would be relegated at the end of 2017-18. And beyond that, I don’t accept that given time this couldn’t have been turned round to a more positive picture. It’s notable though that I’m in a camp of one with that opinion. Surely times like these call for safety in numbers, a steely nerve, patience, and a steady hand; not panic.

Jefferies says the sacking arriving before the season starts is good timing (and being sacked two games in to his second season in his last tenure, he should know). But clubs need to start trusting in time rather than timing. Meanwhile, the new manager will have to offer the Board and the players – and in this new era of fan power, others too – the right confidence.

For Ian Cathro, it was a case of the wrong club with no time at the wrong time.

My Tweets
Join 78 other subscribers